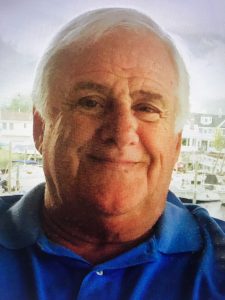 Tom Moran was born in the anthracite coal country of Pennsylvania to which he attributes his strong work ethic. He graduated from Kings College with a BA in history and education. Following a few years teaching, he received his M.S.W. from Marywood University and became a counselor and then executive director of a Behavioral Counseling Mental Health Clinic. After years at the clinic Tom and his wife Jane moved to New Jersey where he became involved in the environmental management business. He spent his business career working with environmental issues which were prolific in that state and the metropolitan area. He formed his own L.L.C. and has consulted or been a subcontractor on many major environmental remediation and construction projects in the metropolitan region. Many of his clients worked for or were developers of green or brownfield properties which were developed or remediated to state and federal regulations. Before retiring with Jane, a retired music teacher, to Bridgeville, Mr. Moran was a councilman in Shrewsbury, New Jersey, a town settled in 1662. As a result of its history, Shrewsbury had a historic district with quaintness similar to that of Bridgeville. His specific responsibilities included: public works, engineering, legal and liaison with the Planning Board. Tom spent ten years on the borough Planning Board. During his tenure, he worked with the borough engineer in updating the Borough Master Plan and facilitated the repurposing of existing properties for enhancing ratables. Tom and his wife Jane have two married sons and their wives who live and work in Manhattan. Based on his municipal and vocational experience, Mr. Moran is looking forward to working with his District 2 constituents as well as all of Bridgeville to grow the community in a smart and sustainable manner while preserving the hometown character of Bridgeville.